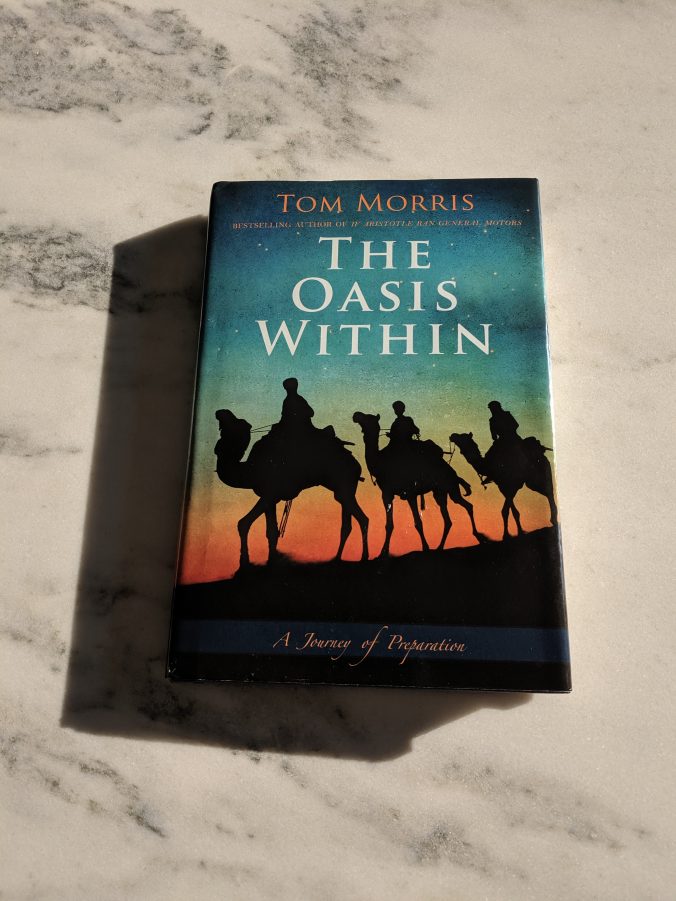 I had my first opportunity to meet Tom Morris many years ago at a private event that focused on developing people leadership but through the lens of a modern day philosopher. I have to admit that at first I was a bit skeptical on multiple levels and my own strange and bizarre preconceptions of the definition of philosophy turned some weird corners in my mind. After all, Hadn’t Aristotle, Plato, and the boys figured all that out ages ago? What the heck does a modern-day philosopher even do? I pictured some balding fellow in a toga preaching on a street corner screaming about finding your inner self. A modern Diogenes of Sinope who traded his bucket [NSFW] for a recycling bin.

During the event I found myself riveted by what he had shared and the insights I had gotten. We sat at dinner and then again later for drinks and continued what was in my mind a fascinating exploration of new things. For him it was likely a conversation he had a thousands times. I have had the opportunity to meet and talk with him multiple times after that and in some ways became a secret or not so secret stalker of his work.

As far as modern philosophers go (guessing the total population of such people is closer to one than a hundred), he is a fairly prolific publisher, and I do strongly recommend all of his books for some interesting insights. Despite all of that hype I have to admit that I had been pretty remiss in not reading his newest series of books (Walid and The Mysteries of Phi). They have been on my reading list to-do’s for some time but other technology, geo-political, and Fintech reads seem to have always trumped the reading order. I have finally just gotten to the first book, The Oasis Within.

The book is clearly a prologue for the main series of novels and focuses on a young boy (Walid) in Egypt and his travels with his wise uncle (Ali) as they move across the desert. The philosophy lessons are thinly veiled in the dialogue between the two main characters so you don’t have to dig particularly hard to discern what is *really* being communicated. In fact, as I read it, I had the thought that this book would be great for my teenage kids to read. A compact, parent-free, sneaky life lessons delivery system. The conversations can drag on a little especially when covering topics I feel I have a good handle on.

That being said I found myself reflective after each chapter. Really thinking about my own life lessons tied to the conversations, the mentors I have had, how they taught me these lessons, and my own experiences in being exposed to those topics. One could argue that perhaps I was just over-emphasizing the importance based upon my own self-described fanboy status for his previous works or I was just in that kind of reflective mood. Taking the time after each chapter in many ways helped me to re-learn, re-ground, or re-think my own personal philosophy and approach. It was helpful for me as we transition into a new phase of things on the work front.

As the journey moves on, the philosophies young Walid learns begin to stack and upon each other building into a prototypical foundation from which to deliver more complex topics. My guess is that this is building up for the actual novels where the philosophical undertones get a little more complex. At least that is my hope.

The Oasis within is a very quick read and if you really haven’t explored some of these concepts in yourself probably well worth the short time to cover.

With the first installment complete I find myself stepping out of Diogenes sunlight to pick up the next book.