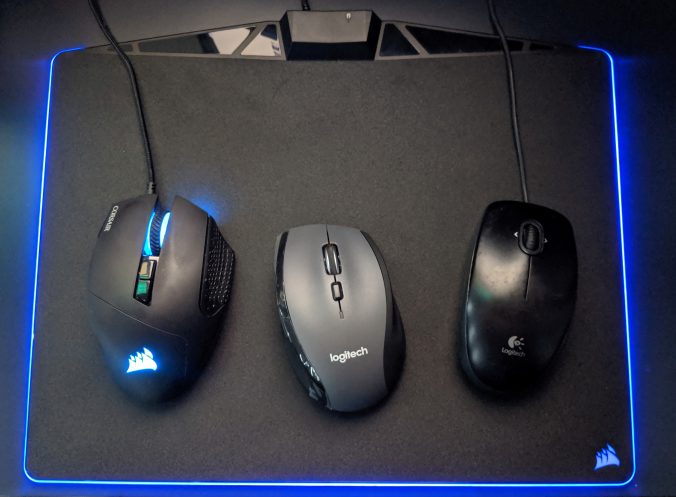 My primary home compute workspace involves multiple machines driving multiple monitors. One of the challenges has historically been that navigation between these systems in an easy way has been somewhat of a pain / impossible / frustrating. The ultimate desire is to easily switch between the different systems seamlessly. First world problems. I know. I have tried traditional KVM options, specialty USB Hardware, physical arrangement configurations of keyboards, mice, and the like. None of these of solutions have been very elegant and honestly irritating over time.

That is until my son showed me an application launched at the Microsoft Garage. What is the Microsoft Garage? Think of it as sanctioned personal passion side projects of developers at Microsoft. The application in question is called Mouse without Borders. It is an exceptionally handy app that allows you to control up to 4 machines with a single mouse and keyboard. You can still use the directly attached devices (or wireless if that’s what you have) but this ultimately allows you to seamlessly move mouse and keyboard across the different machines in one physical work space.

Obviously Windows boxes only so my Linux desktops/laptops wont play directly. But that is what SSH is for. Incredibly handy application. Highly recommended for the weird niche of users like me.

Ok I got a few notes after the original post – There is another product (commercial) that does pretty much the same thing as Mouse without Borders (MWB). Its called Synergy by Symless. This product has the added benefit of seamlessly working across Windows/Mac/Linux. Unlike MWB there is a nominal one-time cost to the product. So if your environment is exclusively Microsoft and you have up to 4 machines, MWB may be your best bet. However, if you have a mixed environment , Synergy may be the way to go!